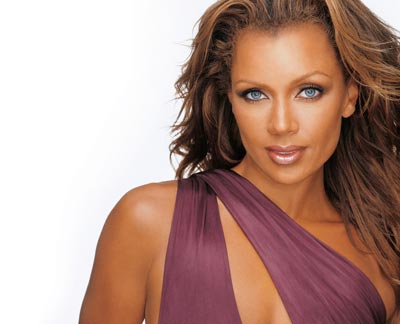 (RAHWAY, NJ) — Vanessa Williams has sold over 7 million records worldwide and scored numerous #1 and Top 10 hits on the charts for Pop, Dance, R&B, Adult Contempory, Holiday, Latin, Gospel, and Jazz.  And on November 25, she will perform on the Mainstage of the Union County Performing Arts Center (UCPAC) in Rahway.  Tickets range from $55 to $95.

Her albums “The Right Stuff,” “The Comfort Zone and “The Sweetest Days” earned multiple Grammy nominations and have yielded such classic hits as “Save the Best For Last,” “Dreamin,” “Work To Do,” “Love Is,” the Academy Award-winning single “Colors of the Wind,” from Disney’s “Pocahontas,” and many others. Concord Records released Vanessa’s, “The Real Thing,” in June 2009, for which she received a NAACP nomination for “Outstanding Jazz Artist.”

In 1994, Vanessa took Broadway by storm when she replaced Chita Rivera in “Kiss of the Spider Woman,” winning the hearts of critics and becoming a box-office sensation.  In 2002 she garnered rave reviews and was nominated for a Tony Award for her performance as the Witch in the revival of “Into the Woods.”  She also headlined a limited special engagement of the classic, “Carmen Jones,” at the Kennedy Center.  After appearing on stage in Stephen Sondheim & James Lapine’s “Sondheim on Sondheim,” an original Broadway musical that ran in the spring of 2010 at The Roundabout Theatre, Vanessa returned to the stage in 2013 where she starred alongside Cicely in the Tony nominated play, “The Trip to Bountiful.”

Her critically acclaimed work in film, television, recordings and the Broadway stage have been recognized by every major industry award affiliation including 4 Emmy nominations, 17 Grammy nominations, a Tony nomination, 3 SAG award nominations, 7 NAACP Image Awards, 3 Satellite Awards, a Golden Globe, a Grammy and an Oscar.

Tickets for the concert range from $95 to $55 and can be purchased by calling the UCPAC box office at 732-499-8226 or visiting www.ucpac.org. The Mainstage of the Union County Performing Arts Center is located at 1601 Irving Street in the heart of Rahway’s Arts District and is easily accessible to major roads and public transportation.